Gross SVOD subscriptions [for movies, linear channels and TV episodes – excluding other platforms such as sports] in the US will climb from 354 million at end-2021 to 458 million in 2027.

About 86% of TV households will subscribe to at least one SVOD platform by 2027. The average SVOD household will pay for 4.37 SVOD platforms by 2027.

Netflix will only add 2 million subscribers between 2021 and 2027. Newer platforms such as Disney+ (12 million additions), Paramount+ (an extra 26 million) and HBO Max (up by 31 million) will be the big gainers. 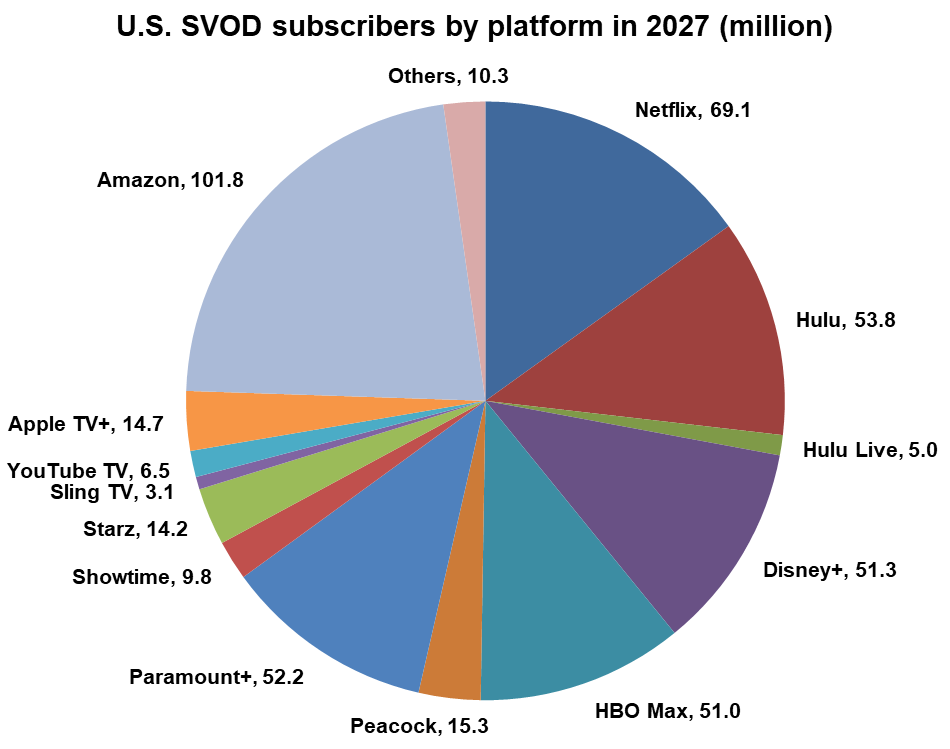 Simon Murray, Principal Analyst at Digital TV Research, said: “Some claimed recently that the US SVOD market was at saturation point. Although we expect some deceleration for more established players, there is still plenty of growth to be had for the younger platforms such as Disney+, Paramount+ and HBO Max.”