Poorly-performing economies have hit Latin American pay TV. The number of pay TV subscribers fell by 4 million in both 2019 and 2020. Venezuela dropped 2.4 million subscribers in 2020 alone, mainly due to DirecTV’s withdrawal. 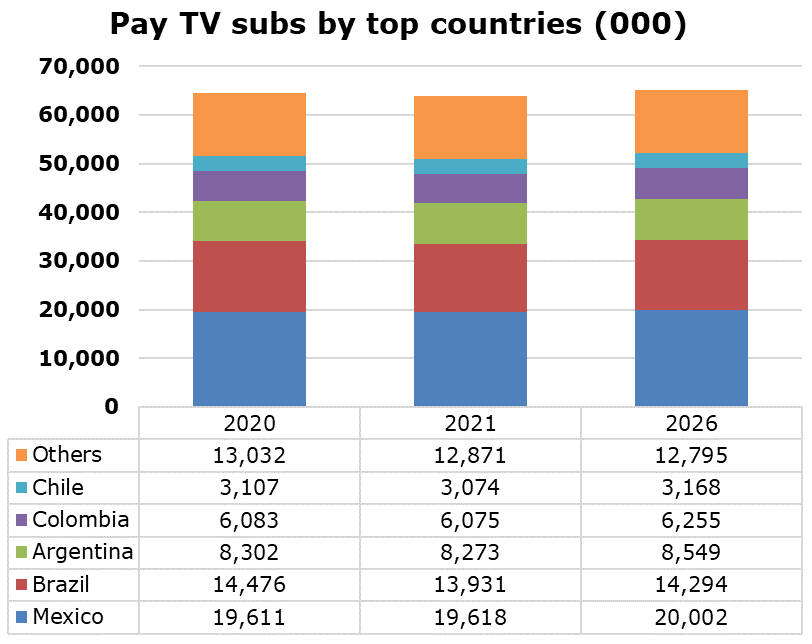 Simon Murray, Principal Analyst at Digital TV Research, said: “Brazil’s low point will be 2022, with only a small improvement expected from then. The country peaked in 2014 with 19.6 million subscribers. We forecast 5.3 million fewer subscribers by 2026.”

Mexico has more pay TV subscribers than Brazil despite having half as many TV households. Mexico has lost subscribers since its peak year of 2016 [20.9 million]. Mexico will not cross the 20 million subscriber mark again until 2026.