According to the report, Netflix led premium video consumption with 40% share, driven by the broad appeal of its international catalogue. Viu, leveraging premium and library Korean content, pulled in a consistent 11-14% of premium streaming minutes across SEA, outperforming in Indonesia with 20% share. Tencent-owned WeTV captured 13% of premium video streaming minutes, with strong growth in Indonesia, where its local originals have proven breakout hits. iQIYI had 10% share, leveraging premium Chinese content and FTA dramas in Thailand and Malaysia. Indonesia’s Vidio experienced a massive spike in streaming minutes in Q1 2021, driven by original dramas, sports, led by local and international football, and FTA content. 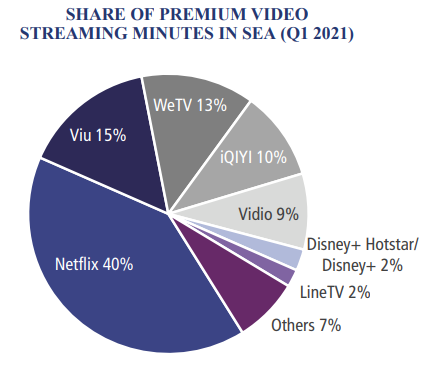 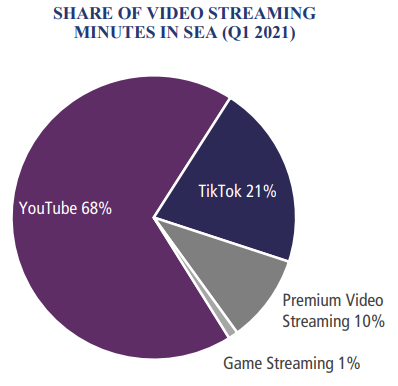 Commenting on the report’s findings in Q1 2021, MPA Analyst Dhivya T said: “With streaming minutes growing each quarter, we find that the battle for consumer time is not zero-sum, but certainly competitive for smaller streaming platforms. In Thailand, for example, Line TV consumption has softened significantly as new Thai titles are no longer limited to Line TV but also available on WeTV, Viu and so on. New breakout titles are critical to capture and sustain consumption share – this is evident with WeTV and Vidio originals in Indonesia, Disney+ in Singapore, Viu and Netflix’s new Korean titles across the region and iQIYI in Malaysia and Thailand.”

Southeast Asia added 4.9 mil. new SVOD subscriptions in Q1 2021 to reach a cumulative subscriber base of 24.2 mil. Key drivers of growth include: 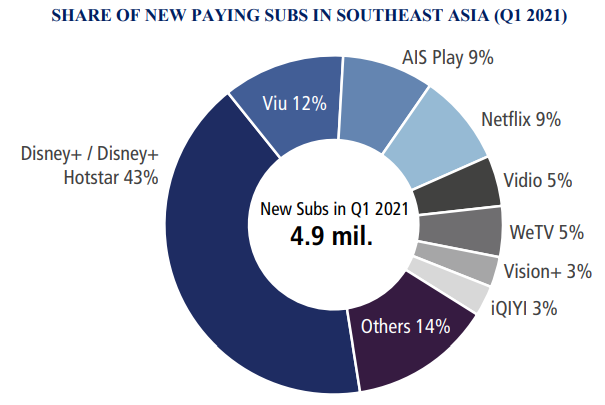 • Disney+/Disney+ Hotstar added ~2 mil. subscribers in Q1 2021, driven by growth in Indonesia and a successful launch in Singapore in late-Feb. Disney has overtaken Viu to occupy second place in Southeast Asia after Netflix with a cumulative 4.6 mil. subs. While consumption has slowed significantly in Indonesia, consumption and uptake is expected to grow steadily in Singapore with the expansion of Disney+’s Star content and release of new Marvel original series. Southeast Asia is also expected to benefit from Q2 launches in Malaysia and Thailand

• AIS Play experienced strong uptake of its Family pack in Q1. The pack is promotionally bundled as a free top up for AIS mobile and fibre customers and leverages linear pay channels and corresponding VOD.

• Netflix remains the SVOD leader in SEA, with significant penetration in the Philippines and Thailand. Growth is largely organic and driven by the popularity of Korean and US content. • Vidio’s growth in Q1 was boosted by the return of key sports including local football Liga 1 and UEFA Champions League and originals dramas.

• Vidio’s growth in Q1 was boosted by the return of key sports including local football Liga 1 and UEFA Champions League and originals dramas.

About This Report & Methodology