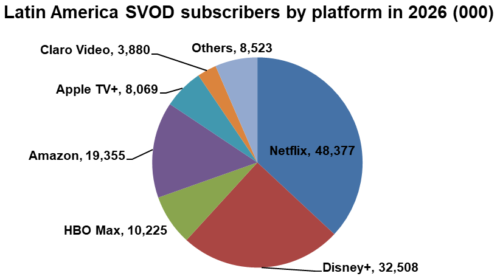 Long-established Netflix will continue to lead the market, but its market share will fall. Disney+ will have 33 million subscribers by 2026, with HBO Max boasting another 10 million.

There was a wave of international SVOD platform launches during 2021. Paramount+ started in March, followed by HBO Max in June and Disney’s Star+ in August. Discovery+ will also expand in the region.