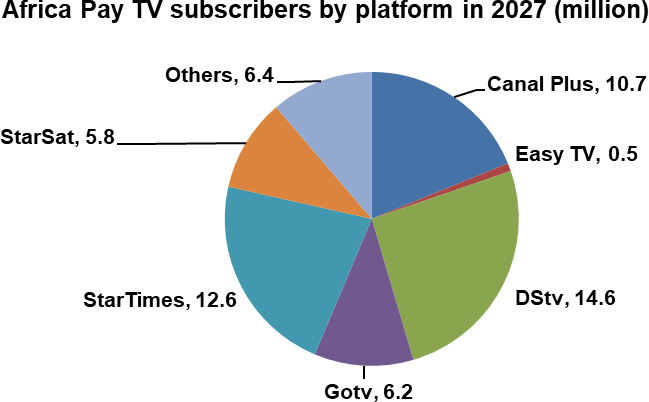 Three groups account for 90% of Africa’s pay TV subscribers. Multichoice, through its DStv and GOtv platforms, will continue to lead – with 20.8 million subscribers expected by 2027. StarTimes (18.4 million) and Canal Plus (11.2 million) will follow.