The number of Latin American pay TV subscribers will remain around 62 million over the next few years. Poor economic conditions pushed the total down from 73 million in the peak year of 2017, but there is stability going forward. 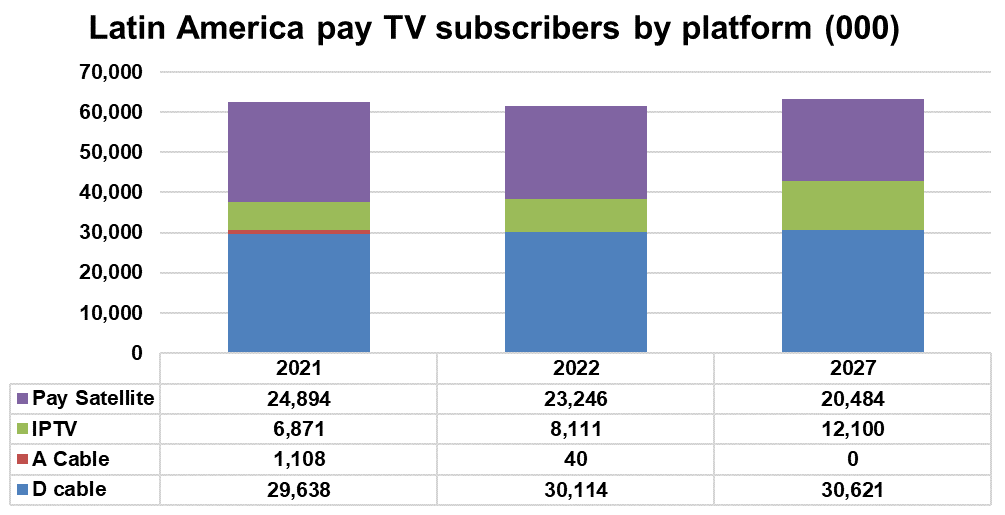