SAPEC’s Sivac-ONE, key to the UHD broadcasting of Qatar 2022 World Cup on DTT

MADRID — SAPEC solutions have played a fundamental role in the contribution and distribution through digital terrestrial television of the most important football event of the year: the Qatar 2022 World Cup. The broadcasts through RTVE’s UHD 4K channel on DTT, a pioneering event in Spain and one of the first in Europe and worldwide, could not have been possible without SAPEC’s Sivac-ONE platform. 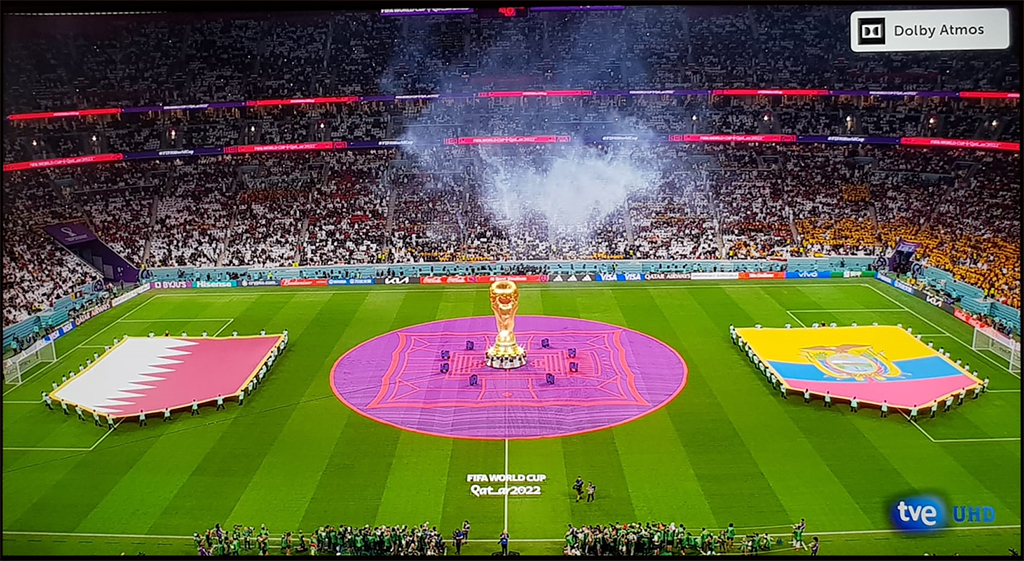 In order to broadcast the most important events of Qatar 2022, different members of the UHD Spain association joined forces to provide all the knowledge, technology and resources necessary to continue spreading the benefits of Ultra High Definition to the Spanish population. In this way, all members of the association have played a key role in this workflow that has proven to be innovative, reliable and efficient.

SAPEC, leveraging its vast experience in real-time video encoding and distribution in the Broadcast industry worldwide, has provided the Sivac-ONE Media Processor module (SMP1000), which is responsible for receiving the signal sent from the IBC in Qatar via IP and fibre, and decoding it so that the RTVE (the Spanish public broadcasters) and MEDIAPRO (through Gol Mundial) teams can personalise it and make it ready for airing.

It is at this point that the Sivac-ONE re-encodes the DVB-T2 signal to deliver it to all CELLNEX, AXION and TELECOM CLM transmitters in charge of bringing the excitement of the World Cup to every home. The UHD signal produced, beyond 4K resolution, features essential enhancements to the viewing experience: high dynamic range (HDR), wide colour gamut (BT.2020) and immersive audio in 5.1.4 format offered by Dolby Atmos technology.

SAPEC’s Sivac-ONE (SMP1000) is a state-of-the-art, ultra-low-latency HEVC encoder/decoder card developed for the modular Sivac-ONE platform that can accommodate up to three cards in a 1U rack. The SMP card supports up to 1 UHD (4K) channel or four FHD/HD channels. By fully utilising the capacity of the SAPEC platform, a channel density of up to 12 HD channels or 3 UHD channels can be offered from a single rack unit. SMPTE 2022-1/2/7 compliant, the system features 12G-SDI or 4x3G-SDI input, N+1 redundancy and redundant (AC/DC), hot-swappable power supply.

The World Cup, in cinemas with SAPEC and UHD SPAIN

UHD Spain, an initiative in which 40 companies, broadcasters and training centres share knowledge and resources to further explore and promote Ultra High Definition in Spain, collaborated to bring one of the key events of the Qatar 2022 World Cup to the Madrid’s Cinesa ISense Principe Pío cinema. SAPEC, together with other companies such as MEDIAPRO, CELLNEX, DOLBY or TELEVÉS, worked together to make this screening possible. During the event, Pere Vila, president of UHD Spain and director of Technology Strategy and Digital Innovation at RTVE, stressed that it has been a “great challenge” to transfer the “experience of UHD broadcasting on television to cinema”. However, he acknowledged that the outcome was “outstanding.”

Emili Planas, CTO and Operations Manager at Mediapro, has actively participated in the design of the workflow that has allowed us to bring the World Cup in Qatar to Spanish viewers. The UHD Spain board member identifies as one of the cornerstones of the success of this initiative the use of first-class solutions: “Working with UHD-HDR workflows requires us to use the best products on the market to ensure the highest level of quality and service. All the suppliers on this project have been excellent and have met all expectations from day one”.

Miguel Ángel Cristóbal, CEO of SAPEC and UHD Spain board member, is proud that Sivac-ONE has played a fundamental role in the broadcasting of the Qatar 2022 World Cup on DTT: “We are proud to see how the efforts of the human SAPEC team have resulted in a free-to-air UHD broadcast for the vast majority of the population in Spain. Beyond any doubt, it is a milestone for a company like SAPEC and a reaffirmation of our continued effort over time, as we have been collaborating for 12 years with all kinds of national and international projects to determine all the advantages of UHD. The DTT broadcasts and the cinema experience are the culmination of an exciting year that has shown that Ultra HD is here to stay.”