Broadcasters’ revenues for live football matches to their domestic leagues and the UEFA Champions League will reach $10.5 billion in the 2021/22 season [the first season when fans return to stadia] in the top five European countries. These broadcasters will pay $8.3 billion for the rights. 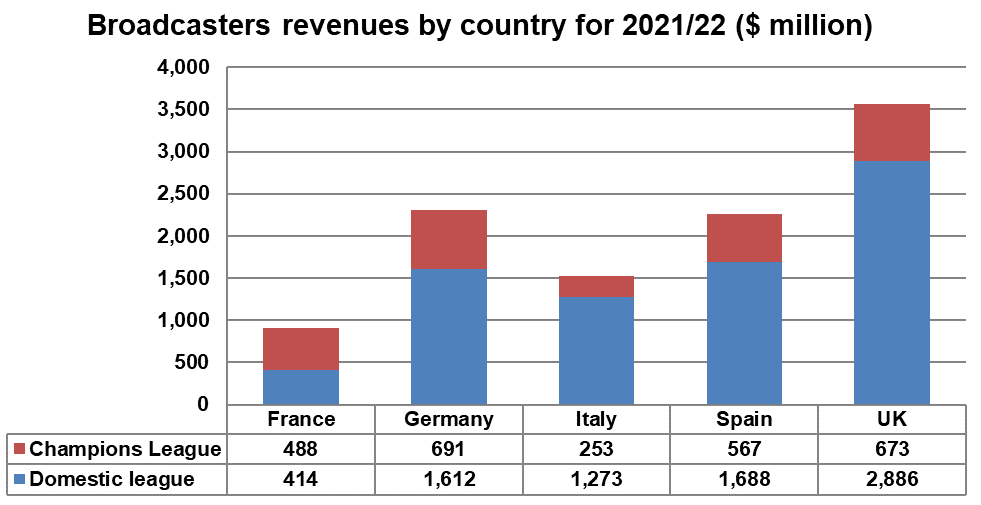 Note: This data does not include revenues from commercial premises such as bars (5-15% of total revenues), from highlights or magazine programs or from overseas sales. Calculations are only for live matches.

The UK leads the revenue charts by some distance, with $3.6 billion expected from screening live matches from the English Premier League and Champions League in the 2021/22 season. Equivalent revenues in Spain will be some way behind the UK at $2.3 billion. Germany, with the largest population of the five countries covered, will generate revenues similar to Spain.

Broadcasters’ revenues fell by $6.1 billion during the 2019/20 season as the pandemic hit hardest. Payments were deferred or reduced by the rights holders during the Covid lockdown.