The group’s primary goal is to encourage global support for LTE-Broadcast (LTE-B) services from all device makers.

LTE-B, also known as evolved Multimedia Broadcast Multicast Service (eMBMS), enables a mobile operator to send a single stream of data to all mobile users in one area, as opposed to sending an individual stream to each user. Video is the main driver for traffic increases in mobile networks, and LTE-B can ensure a great customer experience, even in the areas of highest demand.

As well as supporting peak-time customer video consumption, LTE-B has the potential to: 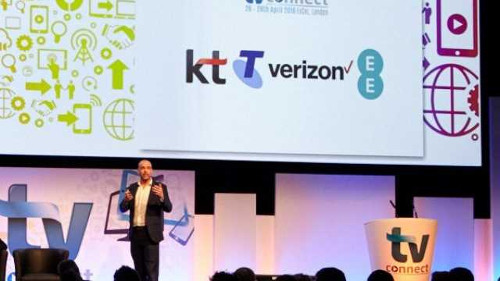 In the U.S., Verizon is leading the way with commercially deployed LTE-B service across its nationwide 4G LTE network.

In the UK, EE trialled LTE-B at the 2015 FA Cup Final at Wembley Stadium, in partnership with the BBC, allowing HD broadcast of multiple camera angles and replays to mobile devices in the stadium.

In Australia, Telstra undertook the world’s first stadium broadcast using LTE-B in January 2014. Telstra demonstrated the technology again at the NRL Grand Final in October 2015, and has most recently showcased content pre-positioning with Ericsson at Mobile World Congress 2016.

In South Korea, kt became the first operator in the world to launch a commercial LTE-B service in January 2014. The kt service covers seven baseball stadiums and major subway lines of Seoul and Busan.

Parissa Pandkhou, Director of Product Development at Verizon, said: “Since 2012, Verizon has been dedicated to LTE-B, and in 2015 achieved commercial availability across our entire 4G LTE network. The LTE-B Alliance will help establish and expand the benefits of the service to other technology segments, increase device penetration, and unearth even more use cases for eMBMS.”

Mike Wright, Group Managing Director, Networks, for Telstra, said: “We have already seen some of the benefits of LTE-B to both mobile operators and customers, so we are looking forward to working with some of the world’s leading players in this space to ensure the technology is adopted globally, which is essential for continuing to deliver a high quality video experience for our customers.”

Matt Stagg, Head of Video Strategy at EE, said: “Initially we focused our LTE-B efforts on the benefits for live and linear video, and we will launch a live service in 2017. Now, as part of the LTE-B Alliance, we’ll be focused on developing use cases for critical communications services, Internet of Things, and a 5G future. The Alliance will provide awareness of the importance of this technology, and ensure that the benefits can be realised as soon as possible.”

The LTE-B Alliance is currently forming and plans to meet on a quarterly basis to agree the next steps on development of the technology standards and implementation. Mobile network operators, device manufacturers, and chipset makers are welcome to join and take part in the global adoption of this revolutionary technology.