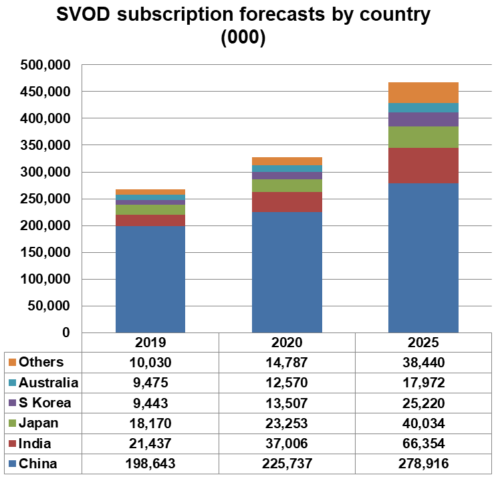 Simon Murray, Principal Analyst at Digital TV Research, said: “Although China dominates the region, there will be plenty of growth elsewhere. Netflix will have 44.4 million subscribers by 2025; closely followed by Disney+ [including Hotstar] with 43.6 million.”