Germany to overtake the UK by SVOD subscribers

Germany to overtake the UK by SVOD subs

Germany will overtake the UK in 2025. Germany will have 52 million SVOD subscriptions by 2026, with the UK just behind with 51 million. 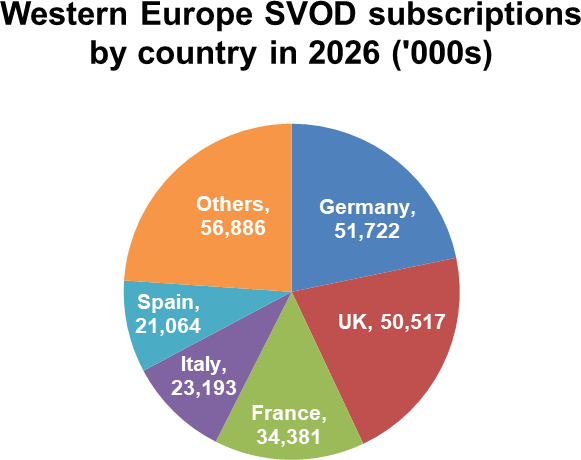 There will be 238 million SVOD subscriptions across 18 Western European countries by 2026, up from 167 million at end-2021. From the 71 million additions over this period, the UK will contribute 9 million, Germany 17 million, Italy 10 million and France 10 million.

Simon Murray, Principal Analyst at Digital TV Research, said: “HBO Max will have a limited impact in Western Europe, with 3.2 million paying subscribers across seven countries by 2026. It is not expected to start in several key European countries due to existing long-term deals with pay TV operators.”