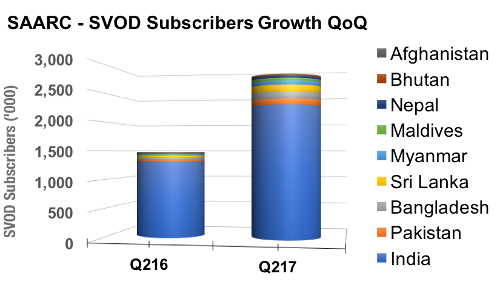 India’s domestic SVOD market is very crowded with more than 10 players, namely: Hotstar, SonyLIV, Hungama, BigFlix, Box TV, Ditto TV, Eros Now, VOOT etc. Most of the domestic players have AVOD based services with some SVOD and mainly with a Freemium business model. Some of the domestic players are in service since 2012 and more and more new players are adding every year, rather focusing on SVOD based paid model. Recently, we have witnessed the launch of VOOT in the first quarter of 2016 and ALT balaji in the fourth quarter of 2016. 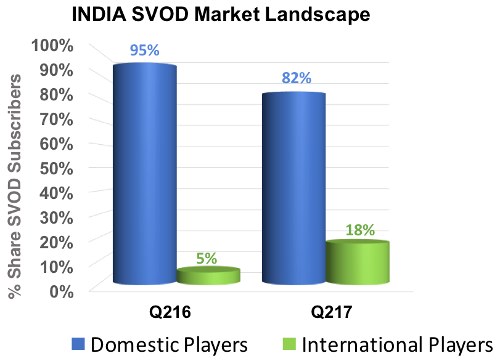 Domestic SVOD players are far more dominant in terms of subscribers than their international counterparts. Recently, international SVOD players like Netflix, Amazon Prime Video and ViU have launched their service in India but accounts for only 18% of the total SVOD subscriber base for the second quarter of 2017.