Netflix to reach 201 million subscribers by 2023

Digital TV Research forecasts that Netflix will have 201 million streaming subscribers by 2023, up by 82% from 111 million at end-2017. About 28 million subscribers will be added in 2018 – making it the largest growth year ever. Lower growth is expected after 2018, according to the Netflix Forecasts report. 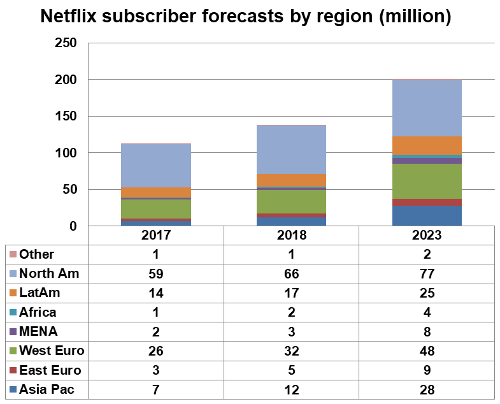 North America and Western Europe will together supply 62% of Netflix’s total subscriber base by 2023 – still dominant, but down from 76% in 2017. Asia Pacific will boast fast growth by taking 14% of the 2023 total. This represents 28 million subs; quadruple the 2017 figure.

Simon Murray, Principal Analyst at Digital TV Research, said: “These forecasts are a lot higher than the last edition of this report. Similar to many other analysts, we underestimated the fast take-up in international markets.” 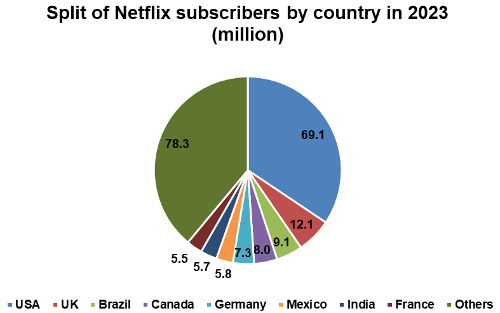